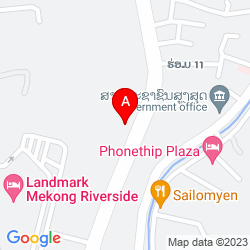 Vientiane, also called Viangchan is the largest city and capital of Lao PDR. The city is situated on a plain just northeast of the Mekong River, in central Laos, close to the Thai border. Lao PDR relies heavily on its rivers for transportation and its surrounding countryside for intensive rice cultivation. Vientiane’s strategic location as a river port in the centre of the country have made it the major economic hub of Lao PDR.

Vientiane has a recorded history that stretches back to around 1,000 AD. The area was originally settled because of the fertility of the surrounding alluvial plains, and Vientiane became the capital city of Laos around the mid-16th century.

Climate and population
Vientiane has a tropical climate, every month with an average daytime temperature about 27 °C . More than 80 percent of Vientiane’s annual precipitation occurs from May to September.

Economic Development
Vientiane is the driving force behind economic development in Laos. In recent years, the city has experienced rapid economic growth from foreign investment.

Tourism
The capital attracts many tourists. The city contains many temples and Buddhist monuments. Vientiane is the home to the most significant national monument in Laos: That Luang or Great Stupa, which is the symbol of Lao PDR and an icon of Buddhism in Laos.

The City’s largest fair, Boun Pha That Luang, is held in Vientiane around mid-November each year. Celebrations begin at Wat Si Muang followed by a procession to That Luang. The festivities last a full week and end in fireworks on the last night, which coincides with the full moon. In mid-October, the riverbank overflows with spectators watching the annual boat races. 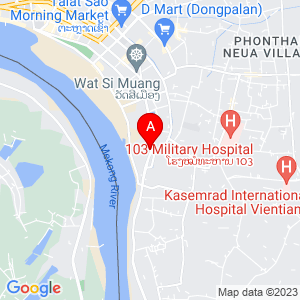